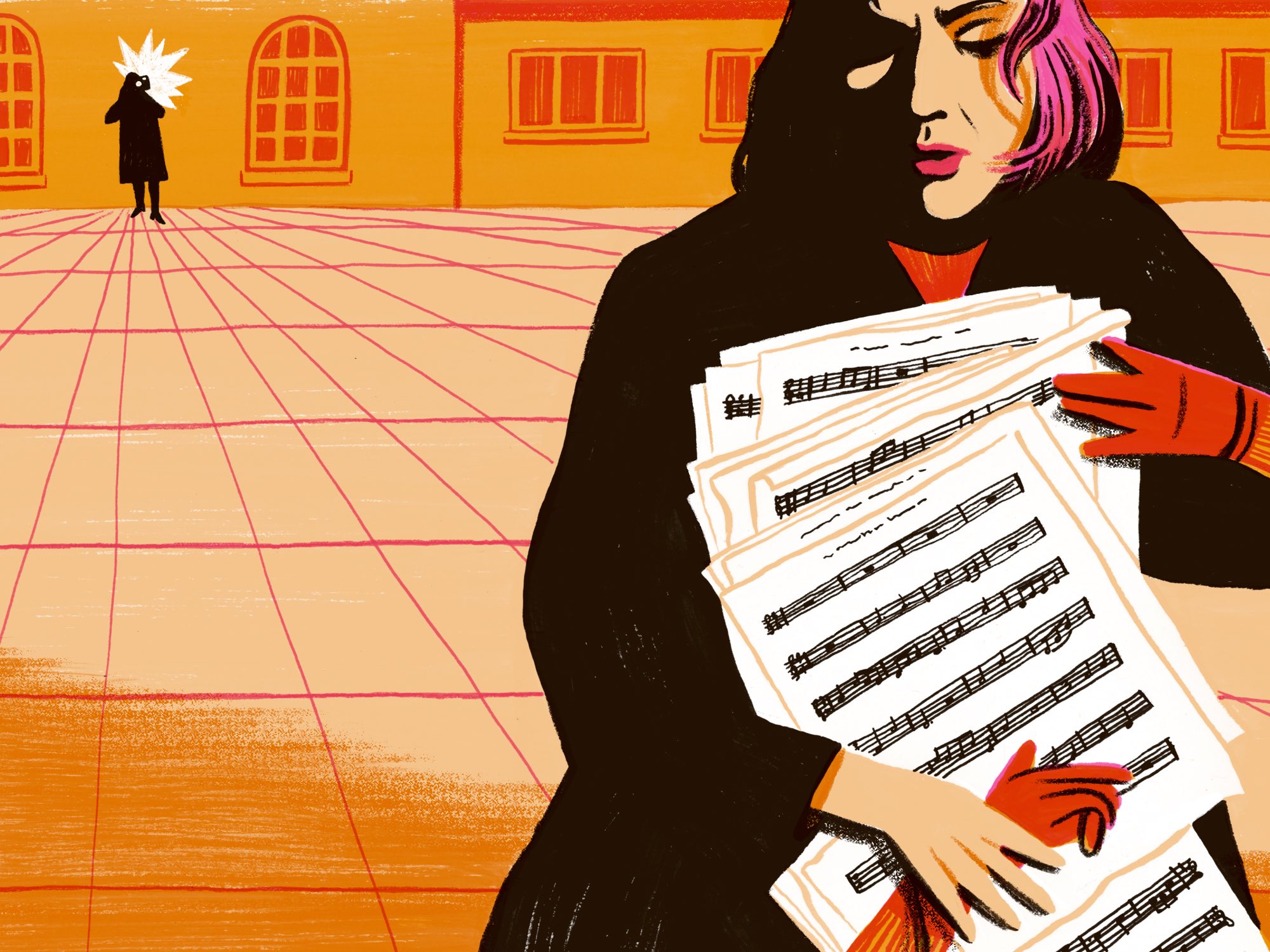 The Double Life of Veronique is a film about doppelgängers and the idea that somewhere right now there could well be someone who looks just like you yet lives a completely different life.

Weronika and Véronique, two young women living in Poland and France (both played by Irène Jacob), are both singers, the same age, and identical in appearance. But although they are unaware of each other’s existence, Krzysztof Kieślowski’s 1991 film conjures up a magnetic energy that suggests the universe is somehow trying to pull their souls together.

A meditation on the meaning of life and what it takes to truly find yourself, the film is held together by its operatic score which, despite being rooted in maximalist compositions, manages to be both still and introspective. Zbigniew Preisner, who worked with Kieślowski throughout the late director’s career, uses haunting flute solos that sound like cries from beyond the ether. His reliance on eerie minor chord changes and different variations on the same central theme also tap into the existential mystery that drives the story.

Singer-songwriter and rising film composer Tamar-kali discovered Preisner’s score by accident while browsing YouTube, but the Brooklyn native knew almost instantly she had found something special. “I found the ‘Les Marionnettes’ song that plays during the film’s puppet sequence and was just blown away by its ethereal beauty,” she tells LWLies.

“The key changes are gorgeous but also so melancholic. It’s rare that you hear music and can tell instantly that it was played directly from a composer’s heart, but it felt like Preisner really was giving us a window into his soul and channelling some of that pain he must have felt having grown up under Soviet rule. I was reeled in completely.”

The musician is a rising star in the film world, having provided the score for Dee Rees’ historical drama Mudbound, a composition that shares The Double Life of Veronique’s love for nakedly brutal strings and unexpected shifts in tone. Indeed, Tamar-kali says that Preisner had a direct impact on the way that she approaches film music.

“For me, I hear things in my head, but write music from my heart,” she explains. “On some level, I would say that’s inspired by Preisner’s work on this film. He knows how to do all these acrobatic acts with the instrumentation, but he also knows how to play just one note that fucking crushes you. It is music built around emotion and feeling, and that’s ultimately where I try to exist as an artist.”

Tamar-kali recently collaborated again with Rees, scoring the political thriller The Last Thing He Wanted. She’s also currently working on a new solo album. However, with 94 per cent of the top 250 films at the domestic box office in 2018 using male composers, according to the Center for the Study of Women in Television and Film, Tamar-kali says she’s also motivated in moving the conversation around gender equality to somewhere more substantial.

“I’m trying to change things as much as I can. Sadly, we like to go through phases of talking about gender inequality but are shy about making definitive changes. People are so unfamiliar with how systemic oppression works that progress for the average person is just an anecdotal experience, or token as it were. We need to get past the anecdotal debate and start measuring success on actions rather than words. The bottom line is that more women need to be scoring movies!”

Tamar-kali says the Double Life of Veronique has aged so well is because it poetically touches on the idea that human beings all have unanswered questions that they hold onto. And she believes the fact the film is driven by such an abstract story, which is completely open to interpretation, makes it all the more impressive that Preisner’s score still manages to be so powerful.

“The hardest thing about working with a director is when they ask you to create a sound that they are unable to articulate. The Double Life of Veronique is a film about life being unresolved and having all this mystery, so the fact Preisner was able to so perfectly dial into this complex world is all the more impressive.

“It’s a film about the banalities of everyday life and features lots of comings and goings, but there’s this unanswered question that drives the two characters while the haunting choral pieces that light up all of their scenes have this otherworldly vibration. Preisner presents very everyday sounds, but underpins them with this supernatural mystery. The music leaves you with the openness of possibility. It makes you want to believe in miracles, and that’s a very hard thing for a composer to achieve.”

The post Know The Score: Tamar-kali on The Double Life of Veronique appeared first on Little White Lies.